Create March Madness in Your Own Driveway 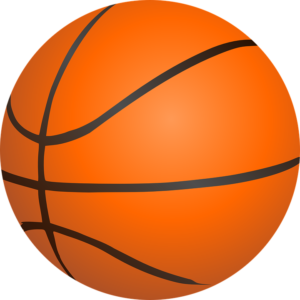 If you follow college basketball at all, you know that we’re in the midst of March Madness and the field has already been narrowed down to the Sweet Sixteen with the top two teams competing for the championship on April 3rd. If you have a young basketball fan in your home, March Madness is a great time to get them involved in the tournament! In addition to having them fill out a tournament bracket to guess who will win each game, here are a few other ways to create some March Madness in your very own home:

– Plan your own March Madness basketball tournament. Invite your friends and neighbors over for a “pick-up game” tournament. Depending on the number of players, divide the teams evenly and create a bracket for the event. Teams can play for 10-15 minutes each within any parameters that you develop and will continue to play until there is a winner!

– Throw a March Madness party. Even if your favorite team isn’t in the tournament, you can still throw a party that everyone will enjoy! Invite your friends and neighbors to dress up in their favorite team colors and have them guess the final outcomes of the games. Round out your event by serving basketball-themed foods; Pinterest is a wealth of information for things like this!

– Organize a night of basketball games. If you don’t have enough people to create an entire tournament as mentioned above, play these games with just your family or invite some friends and neighbors to join in the fun. Here are some of our favorite games that kids and adults of all ages will enjoy:

And don’t forget that you can celebrate March Madness by stopping by Happy Backyards™ to check out all of our new basketball goals!

Happy Backyards™ sells and installs only the safest and highest quality residential playground equipment, basketball goals, and trampolines for your own home. We are a local company and have been doing it for more than 20 years with a focus on quality products, quality service, and competitive low pricing.

We are currently in stock on a majority of our products, but there are some products that are out of stock for longer periods.  Please check with our store before any swing set, hoop, or trampoline purchase online. If you are located out of state and looking to purchase, please call the store for availability and to make sure we can deliver to your area.

Also due to the overwhelming  requests for our products, We are currently running 3-6 weeks for installation depending on the product purchased.   We do have a lot in stock for pickup and self installation if you need it quicker.
Please shop early this holiday season due to increased volumes and shipping delays and labor shortage the time frames will only increase.  Please call 615-595-5565 to check availability before purchasing. Thank you for your interest in Happy Backyards!